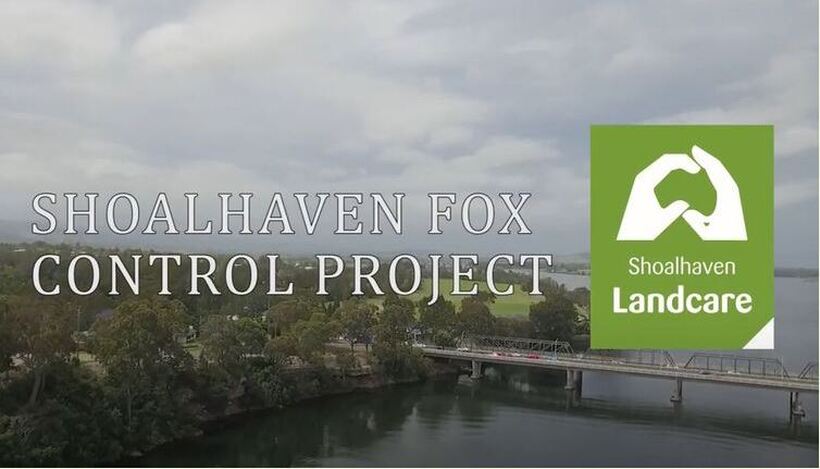 The Red Fox was deliberately introduced from England to Victoria about 1860 as an animal to hunt for sport. By 1888 foxes had reached southern NSW and were first recorded in the Tapitallee area in 1907. Based on early records of bounties paid, there were noticeable declines in medium-sized animals within 7-13 years of the establishment of the fox.
Foxes have now become Australia’s number one introduced predator threatening the survival of native wildlife, threatened species and farm animals. Foxes have been estimated to cause over $200 million per annum in damages to Australia’s agricultural industries and our environment.

Australia has the worst extinction rate of mammals worldwide, with 23 species becoming extinct since European settlement.
​Species such as the ground dwelling Bush Stone Curlew and Eastern Quolls are now extinct in the Shoalhaven.
(Some hope: "Can extinct eastern quolls really return to the wild?" )

Every night in Australia, over 1 million native animals are killed by foxes and feral cats.
Australia’s native wildlife are under more pressure now than ever and time is running out.

read about estimating the numbers and spatial variation of Australian reptiles, birds and mammals killed by red foxes and feral cats. March 2022

What is the Fox Control Program ?

The Shoalhaven Landcare Association initiated the Shoalhaven Fox Control program in August 2018. The program is a landscape wide, community-based fox control program, utilising local volunteers working on private properties. Our plan is to design the most cost-effective system to reduce the numbers of foxes in the Shoalhaven, and we believe it is the first program of its kind in NSW.

The program initially began as a trial from Berry to Budgong but we have since expanded to the southern Shoalhaven region.

The success of the program speaks for itself - as of November 2021, 505 foxes have been shot, 1493 baits taken and 65 foxes/feral dogs/feral cats trapped.

What do Foxes Eat ?

Shoalhaven Landcare use a number of controls, including baiting, shooting and trapping.
For more information , please visit:

What can You Do ?

​The program has been entirely manned by volunteers, both on the committee and on ground.

We are currently looking for landholders with properties larger than 35ha, and volunteers to join the program.
​We need volunteers to maintain fox control stations, monitor sensor cameras, monitor fox traps, train other fox controllers and carry out administration. ​
OR email slafoxcontrol@gmail.com 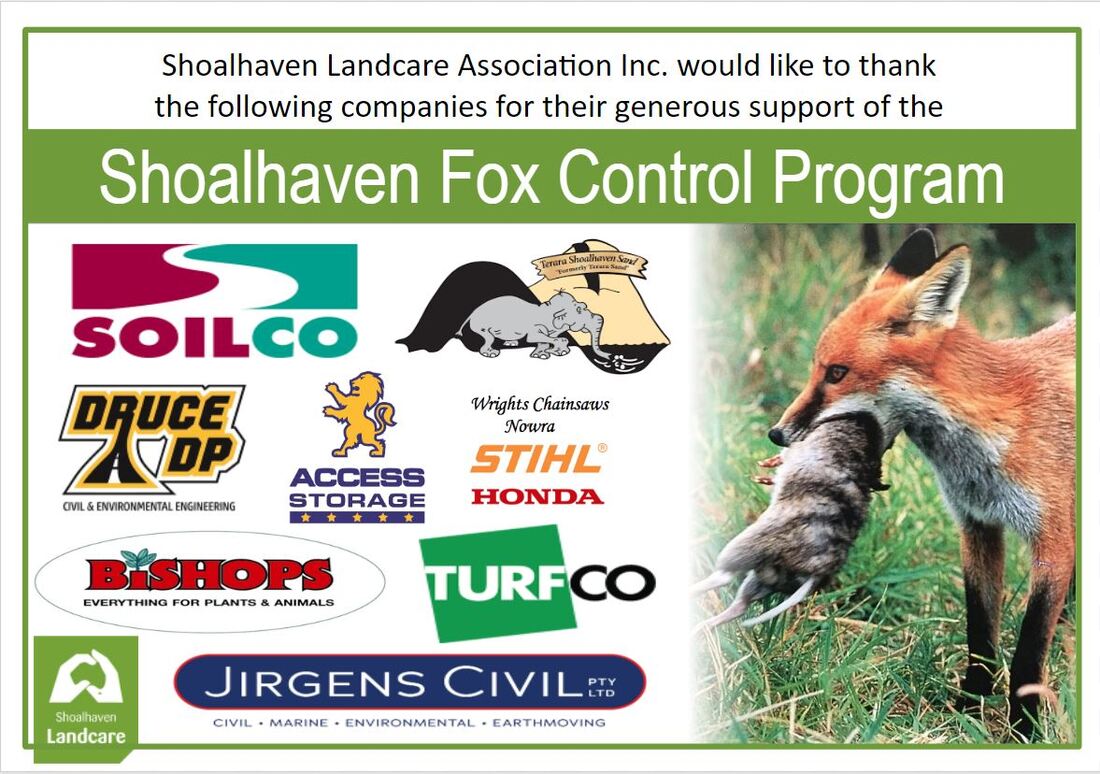