If you are interested in becoming a volunteer in the local Shoalhaven region, or just want some information about volunteering in your area, please complete our volunteer form below or
​see our Landcare Groups in the Shoalhaven webpage for a Landcare group in your area.
In recognition of some of our volunteers who have past away.
Any contribution in writing an article on an individual for this webpage would be most welcomed.

Peter Walsh was one of Shoalhaven’s longest continual links with retailing in the Nowra CBD. (See the SCR Article). 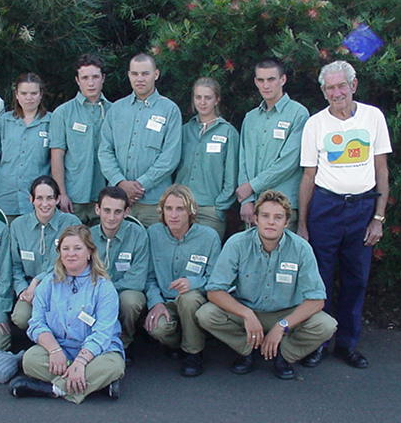 ​Alan was featured on the cover of the local Shoalhaven Telephone book for his work at Shoalhaven Heads. (See the SCR Article).

Alan was awarded an OAM posthumously in 2003 for his services to the Shoalhaven Heads Community. (See Shoalhaven Honour Role website).

Alan passed away in 2002 and a park seat commemorates Gary Jones and Alan Voysey who were foundation members of the Shoalhaven Heads R.S.L. Club. (see monument australia website).

The contributions to Landcare by Carolyn and Mal were enormous as detailed in the following document:
​
Tribute to Malcolm Whan and

Shoalhaven Landcare and the Milton Rural Landcare will continue to miss them. 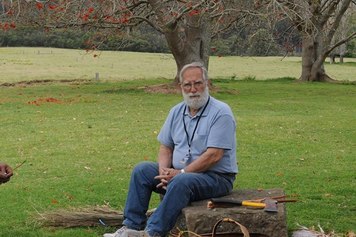 Jim Walliss died on 17 March 2015. Jim was a leader in environmental education and a person who had many ideas advanced for their time. Many members of the Shoalhaven Landcare Association had a long association with Jim on a range of projects and committees. This tribute is a summary of the various projects and committees that Jim was involved in over 30 years.  We plan to post some of the booklets Jim produced on this website so that future generations can learn and gain inspiration from this humble man.

​Summary of his volunteer work:

·         Re-introduction of traditional indigenous Australian weaving to the south coast;

·         Production of a Riverwatch CD_ROM on the Lower Shoalhaven River detailing the local geology, geography, flora and fauna, industry and Aboriginal and European heritage and the role of Landcare in repairing environmental damage;

·         Establishment of a nursery and frog pond at Greenwell Point Primary School;

·         Propagation, growth and planting of thousands of indigenous plants.  This includes the line of Swamp Oak beside the road to Greenwell Point, around wetlands beside Bomaderry Creek (Everson property), private property at Greenwell Point…please add…

·         Founding member of Riverwatch (Project Officer), a local Landcare group which planted mangroves and riparian vegetation to stabilise the banks of the Shoalhaven River;

·         Facilitation of the establishment of Milton Landcare;

·         Photo-library covering thousands of species of flora and fauna.

Jim’s life was dedicated to education and public service.