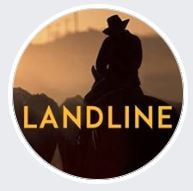 Link to NSW State of the Environment 2018 Report.

BirdLife Shoalhaven is a branch of BirdLife Australia - the oldest conservation organisation in Australia and the only national organisation focused on conserving our native birds and their habitats.

BirdLife Shoalhaven encompasses the shire of Shoalhaven City stretching from south of Gerringong to north of Bateman's Bay on the south coast of NSW, and west to the Southern Highlands. Our area includes the main towns of Nowra, Berry and Ulladulla and many national parks including Jervis Bay, Booderee, Morton and the Budawangs. Members can enjoy a regular birdwatching field trips, and we also provide information nights with guest speakers on bird-related topics three or four times per year.

​The quarterly magazines are  available on the magazine webpage.

Regen TV is a fantastic new web site developed by the Australian Association of Bush Regenerators  (ABRR) that aims to connect people involved in ecological restoration with new information and knowledge via short videos.
There is now a massive range of information available.
Check it out at  www.aabr.org.au/regentv/

Readers may have seen the reports that a World Health Organisation report has identified Glyphosate ( the active ingredient in Roundup) as 'probably carcinogenic to humans'.  This has received widespread  media coverage and sparked an Avaarz campaign to have the herbicide banned. (See SMH article. )

Chemicals that Landcarers use, and that are probable carcinogens, requires us to pause and think.   The report at  reveals little other than media coverage and  campaigns. One of the few apparently independent commentaries comes from the Science Media Centre (UK), with the link to the website below.

Their various comments include the observation that glyphosate joins night shifts, alcoholic beverages and solar radiation as  probable carcinogen. It also delves into the question of the extent to which probable carcinogens cause cancer.  If you've read the media or campaign coverage, you should also read this response from selected scientists who claim independence from the issue to make your own assessment.

The NSW Government changed many of the classifications for Noxious Weeds affecting Kangaroo Valley.  Some of the changes have significant implications.
​
·         Fireweed is a victory of sorts.  Fireweed remains a class 3 weed, so it must be continuously suppressed and destroyed.  Rumour had been that controls over fireweed would be relaxed.

·         Privet is also a victory –it is now a noxious weed (class 4) in all areas, requiring flowering and fruiting to be suppressed. Previously, privet was only noxious in urban areas.

·         The status of blackberry has been downgraded, making it more difficult for controls to be enforced.

·         No changes were made to the classification of other KV problem weeds, including giant Parramatta Grass, lantana and water hyacinth.

·         Surprisingly, Madeira vine was not made noxious, even though the Australian Government has declared it as a weed of National Significance.

·         The other new problem weed, giant Tobacco bush, also did not raise a mention.

Asparagus Weeds Weed Deck (for use in the field)

Many copies of Asparagus Weeds Are they in your garden? A4 poster

"Saving our Species" program by the NSW Government

The Saving our Species program was launched by the Hon Robyn Parker MP, Minister for Environment in 2013.

Saving Our Species is a NSW Government program that provides a coherent framework for the conservation of threatened species.  The program:

·         engages the community to participate in threatened species recovery projects;

·         aligns threatened species recovery effort across OEH and partners; and

Saving our Species has incorporated the recommendations of the statutory review of the Priorities Action Statement (PAS). The Office of Environment and Heritage (OEH) sought public comment on the PAS amendments by Friday 14 February 2013 and these amendments are available on the Saving our Species website here.

The program also launched a new web-based platform where the public can find out about the actions that could contribute to the recovery of threatened species in their local area and where researchers and community groups can record the work they do, that contributes to the programs outcomes.

Anyone who is interested in threatened species conservation can also find out more about the new program by going to the Saving our Species website www.environment.nsw.gov.au/savingourspecies to:

As a key stakeholder involved in threatened species conservation, please explore the website and find out more about the new program.  Any questions on the program can be directed to savingourspecies@environment.nsw.gov.au or by calling 1300 361 967.